*Disclaimer: My husband ran out of vacation days this year, and I had the summer off, so I was thrilled to take  girls’ trip to Europe with one of my best pals, Lynnsey! Here is the story of our girls’ adventure.*

To begin I will say this: Paris on a budget is EXTREMELY difficult. After traveling to Istanbul, Beijing, and Prague this year, the overall price-tag on, well…everything, was a bit of a shock. Food/shopping/tourism are generally very expensive, but there are some things travelers can do to cut costs. That being said, I would not recommend Paris if you are on a tight budget – it will be stressful.

My uncle and his family live in a hamlet (Ecques) in the Nord pas de Calais region. I wanted to see the family even though our trip to France was short, so my uncle picked Lynnsey and I up from Charles de Gaulle airport and brought us to his home about two hours away. Looking back, I wish we would have spent more time in the countryside, but this will have to be a trip for Kevin and I sometime in the future. We enjoyed some sightseeing in St. Omer (town nearby) and a home-cooked meal. The weather was chilly for June – I had to wear a jacket, so make sure to check the weather as France’s temp can be unpredictable.

The next day, my uncle brought us into Paris to help us get settled and do some sightseeing. He suggested getting a week-long metro pass (basically unlimited metro travel for seven days). The cost was about 22 Euro (plus the cost of a passport-sized photo), but I am SO glad we did this. The Paris Metro was extremely navigable, and we never worried about how much it would cost to get from place to place. Do not waste money on taxis – take the metro, especially during the day. It is easy to buy tickets – most folks speak English. *Tip: Don’t assume everyone speaks English, but just say, “Parlez-Vous Anglais?” which means, Do you speak English? – most Parisians appreciate the effort.*

After getting our train passes, we spent the day walking (probably about 12 miles throughout the day) to see some places like the Arc de Triomph, grounds of the Louvre, and Notre Dame Cathedral. 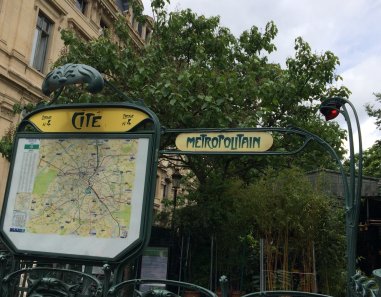 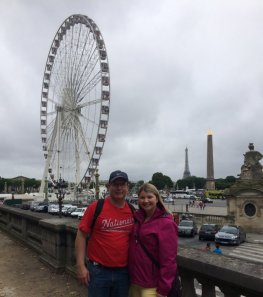 Another way we cut costs for this trip was with lodging. I did my research to find a good Air B&B. A studio apartment ended up being $140 a night (so splitting with a friend was about $70 each). We weren’t in city center, but the apartment was located in a residential neighborhood in Paris (Louis Michel) right across the street from a metro stop. It was quiet, and I felt safe walking around. We found out VERY quickly that restaurant food is pricey, so we tried to save some money by buying some food items from the grocery store around the corner from our apartment.

Once Lynnsey and I were on our own the next day, we went to Euro Disney! We got there on the train using our week-long passes. Ticket prices were a STEAL since we got them in advance before we left the states AND we went before European summer holidays (which take place in July/August). We paid $60 each for a joint ticket to Disneyland Park & Walt Disney Studios. Lines were pretty short, and we made some new friends, like Aladdin! Highlights of the day included the Ratatouille ride (it’s France, duh!), Crush’s Coaster, meeting Minnie Mouse, and Pirates of the Caribbean. 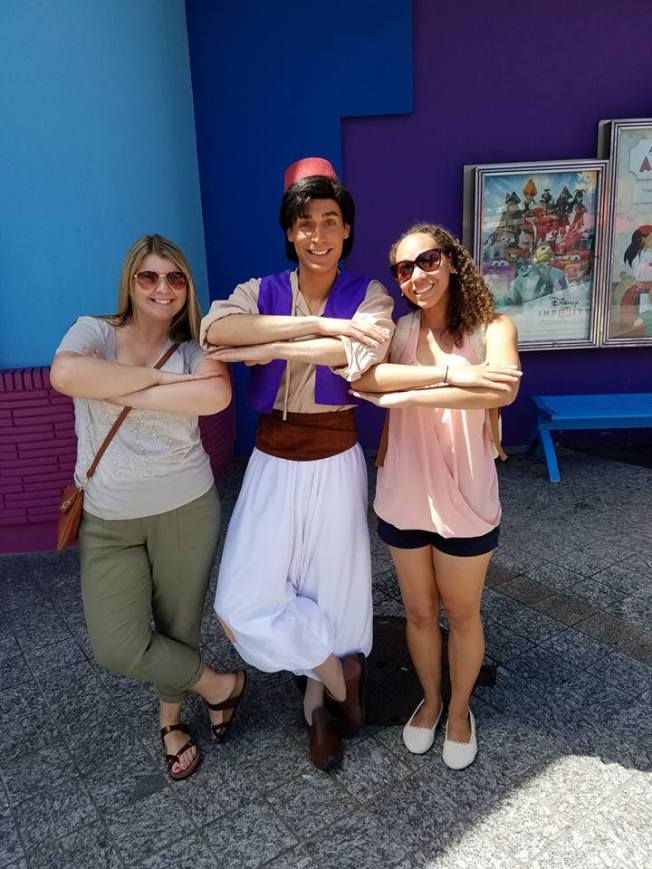 Our third morning in Paris was spent on the Seine. Paying for a boat cruise (about $35) was money well spent! We got some amazing pictures of the Eiffel Tower and other structures along the Seine. We were unable to go into the heart of the city on the river because of security concerns during the Euro Cup, but it was still a great morning. 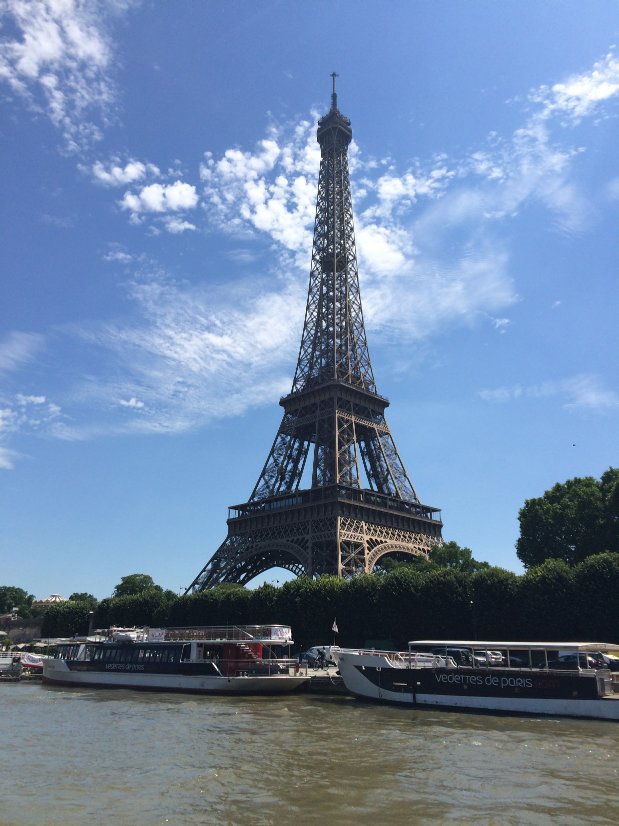 In the afternoon, we went on a quest for macaroons! We did some research, and the place with the best reviews was Laduree. Macaroons (or macarons) are not cheap (about $4 each), so we considered this a splurge. They were beautiful, delicious and worth every penny. 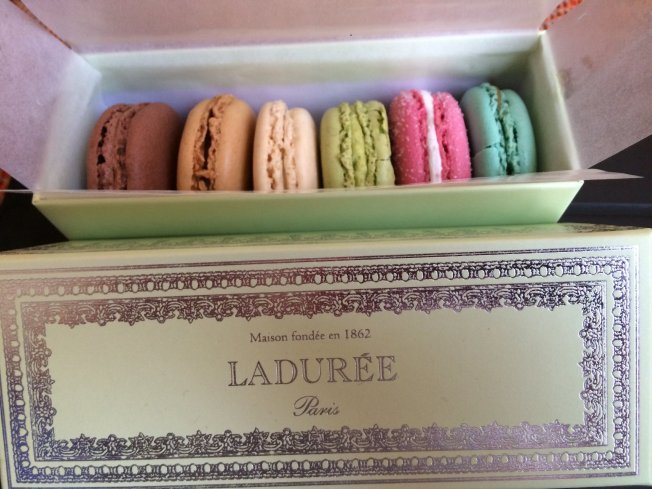 I can’t wait to spend more time in France when I have more time (and money!). I would like to spend some time at Versailles & the Louvre in Paris and visit the countryside (including wine country!). Until next time…