In July, I had an education conference at the United States Holocaust Memorial Museum (USHMM) in Washington D.C. – Kevin decided to fly up for the weekend immediately after the conference, so we could visit my uncle in Leesburg, Virginia and do some sightseeing in Virginia.

Before this trip I last visited Washington D.C. in 2015 with a group of middle school students. We did many of the monuments, museums, Mt. Vernon (Washington’s home), and Arlington National Cemetery on the class trip, so these were locations I decided not to visit in my free time this go-around but are all absolutely worth your time.

I stayed at the Mandarin Oriental because of its proximity to USHMM and the low government rate (which I qualified for because I work at a public university). This hotel was swanky! Usually the Mandarin Oriental D.C. would run someone about $400 a night; the service and room were sensational (not to mention the amazing view I had of the Washington Monument), but the location for a couple or family wanting to sight see isn’t ideal. USHMM was only a couple of blocks away, but it was a hike to the Smithsonian and Washington Monument, not to mention other tourist attractions. Even though the monument looked close from my window – it wasn’t! There was also heavy construction in the area, and the restaurants surrounding the hotel were great for lunch options but closed for dinner. 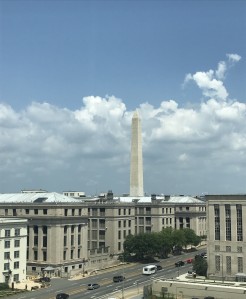 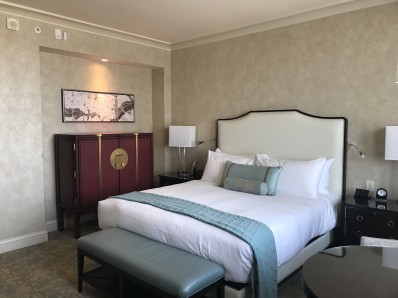 Since I arrived in D.C. the day before the conference I really wanted to visit the new National Museum of African American History and Culture. Even though I went online the day-of at 6 AM to try to get a timed-entry pass to get in, I had no luck. The line once I got there was wrapped around the building (twice). You can try to visit or reserve passes, but the museum is still so popular, getting in is very difficult. I hope to visit this museum eventually!

The United States Holocaust Memorial Museum is a must-see for museum-lovers. Tickets are free, but you may want to pay the $1 transaction fee to reserve tickets online – especially if you are going during peak season (May-September). Same-day tickets are available but not a guarantee. This museum would probably take a half-day of your time. This is probably one of the best museums in the country, and I highly recommend it. 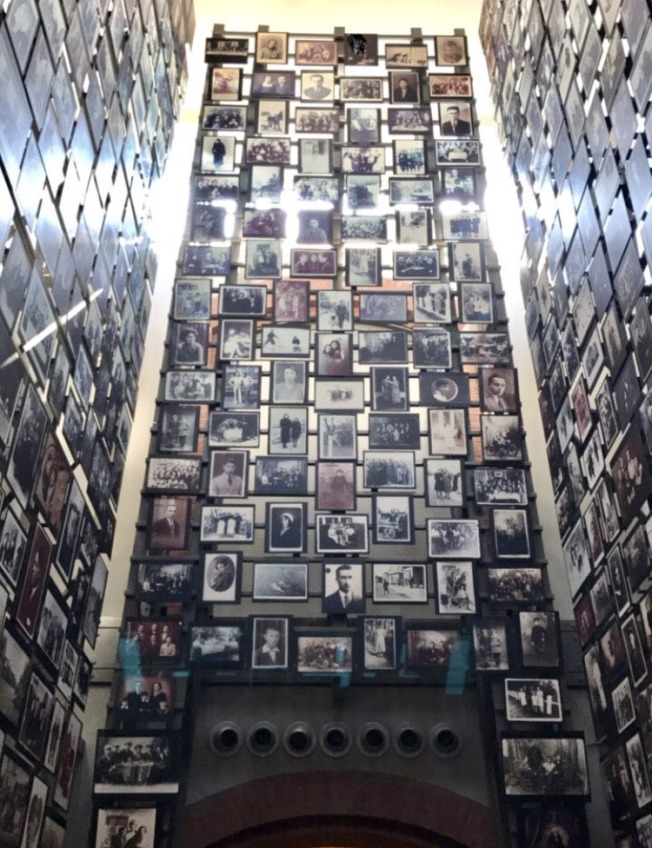 After my conference in D.C., Kevin flew in early Friday afternoon to meet me for the weekend. We rented a car, and drove to Virginia. We were very lucky we missed rush-hour because I hear getting out of DC on Friday afternoons can take hours. Leesburg is a historic town in Loudoun County, Virginia about 33 miles northwest of D.C. My uncle has lived there with his wife for many years, and we stayed with them. It amazes me that there is so much farmland only 30 miles outside of the city! There are a lot of wineries and antique shops in the area, and finding a bed and breakfast in the area could make for a romantic little getaway!

A few months ago I read America’s First Daughter by Stephanie Dray and Laura Kamoie, so I insisted upon visiting Thomas Jefferson’s Monticello in Charlottesville, VA. Monticello is about 2.5 hours from Washington D.C., and no shuttle goes directly there, so a rental car would probably be necessary, and it was a full-day excursion. It was a very warm July day when we visited, so be sure to bring water. The house itself is smaller than you might imagine, so much of the Monticello experience is touring the grounds outdoors. Parking at Monticello was free, but our tickets cost $26 online. The only thing I might have done differently was pay extra to do a “behind the scenes” tour, but that is the history nerd in me coming out. The $26 day pass included plenty to do including the shuttle to Monticello from the parking/visitor center, a guided tour of the house/gardens/slave quarters, access to the grounds, and the Jefferson family cemetery. Monticello is now (finally) starting to interpret Sally Hemmings’ story, but it is clear many of the seasoned docents are still getting comfortable with this material. As a resident of the American South and museum professional, I have worked at institutions that have found the topic of slavery to be “taboo,” but it is an important part of American history that should not be glossed over. I appreciate that Monticello is making an effort to interpret the lives of all who lived there. 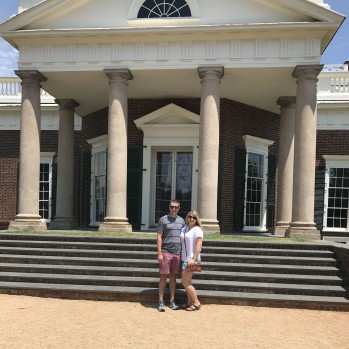 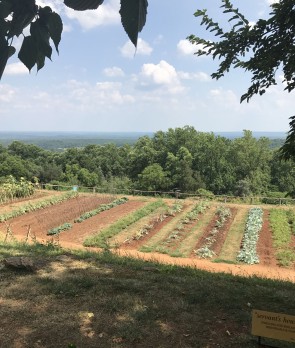 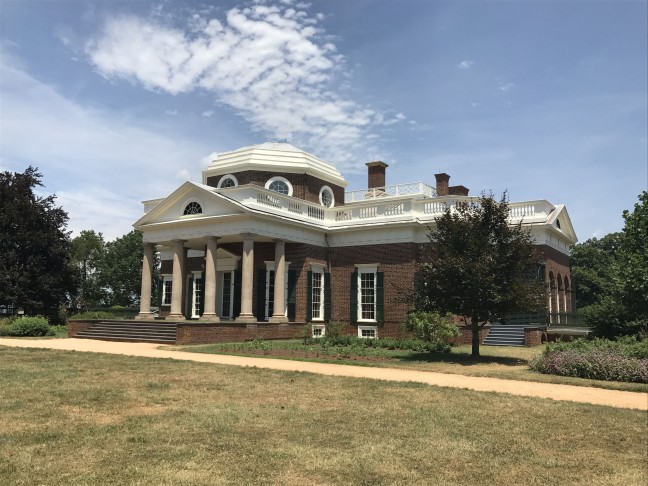 The next day, we spent the morning walking around downtown Leesburg. There were so many cute restaurants and shops in their historic downtown. Our last stop for the weekend was The Marshall House on Edwards Ferry Road in Leesburg. General George Marshall was the Army chief of staff during World War II and Secretary of State under President Truman. His most famous accomplishment was the 1947 Marshall Plan, a plan for European recovery after World War II. The house on Edwards Ferry Road was his residence from 1941 until his death in 1959. I enjoyed the video and guided tour ($10 a person), and the “time warp” that many of the rooms provided. This excursion took about 2.5 hours and is recommended for history buffs and house museum lovers alike. Also, if you go to The Marshall House be sure to stop at Mom’s Apple Pie across the street for a piece of delicious pie!

Aside from a great conference at USHMM, I enjoyed the Virginia countryside on this trip, and I look forward to going back to our nation’s capital again someday, soon!