Until this trip, I had never been to Orlando. It’s true! I have been to other Disney parks, but my family never did a trip down to Florida when I was a kid.  I have heard mixed reviews about Orlando. Some people LOVE it down there because of all of the theme parks and fun in the sun, and other say that it is overcrowded, humid, expensive and too commercial. Kevin goes to Orlando for work for pretty regularly, and he isn’t a huge fan. However, when I was presented an opportunity to go to Florida with Kev for his company’s annual distributor conference, – hotel paid for – I was excited to take off a few days from work and maybe catch some rays of sun! I went into the whole experience with pretty low expectations, but I was actually pleasantly surprised. I enjoyed my relaxing 4-day weekend thoroughly.

Kevin’s conference was at The Swan Resort (a Disney resort), so this is where we stayed. Typically this hotel runs about $270-$300 a night. Kevin and I typically don’t spend this much on hotels because we are out and about sightseeing, but it was a nice treat to stay at a Disney resort that was a quick walk to Disney’s Boardwalk. There were several pools and restaurants available on-site, so visitors could spend days here without needing to leave. 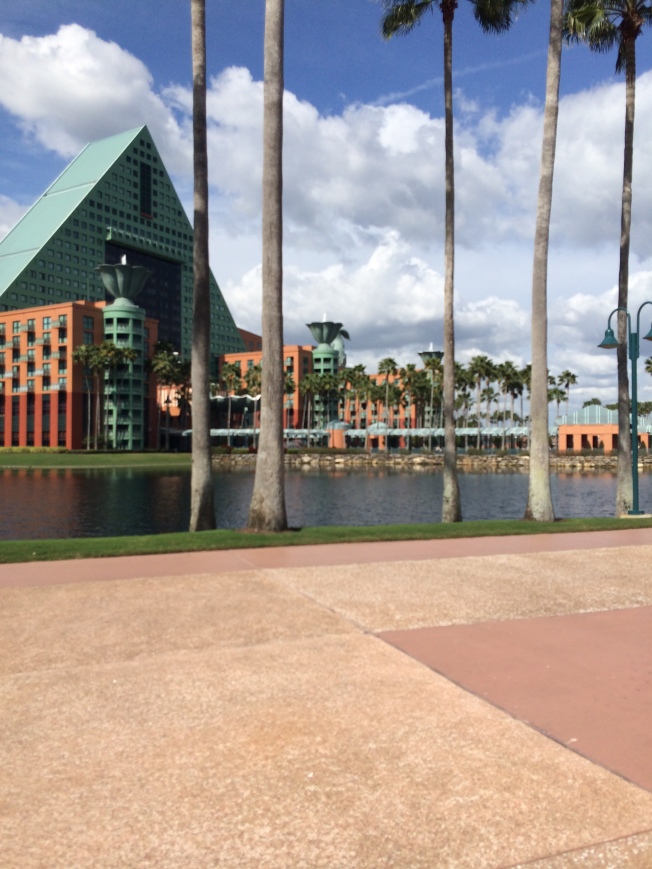 One really nice feature of tagging along on a corporate trip is the perks! The first night I arrived, Mitsubishi Electric had rented out Hollywood Studios which meant no wait for rides like the Aerosmith Rockin’ Rollercoaster and Tower of Terror! The next couple of days, Kevin had to work and golf so I was able to get some rest by the pool during the days and we went to Mitsubishi dinner events at night together.

The highlight of the trip, and the reason I wanted to tag along so badly, was to visit THE WIZARDING WORLD OF HARRY POTTER! Kevin had a day off, so he was a really good sport and joined me. I’ll mention the only downside of the experience first. The price. The Wizarding World of Harry Potter is actually in two separate parks. To be able to experience the entire thing (and ride the Hogwarts Express) you have to buy tickets to both Universal Studios and Island of Adventure. The ticket to do that, WITHOUT a fast pass, was $155 per person. We didn’t do the fast pass, but it would have been nice to have. Fortunately, since there were just two of us, we avoided some line time by going in the single-rider lane.

For Harry Potter fans who have not had this experience…GO. It was magical. For fans, the details are so elaborate, and there is so much to see and do. Even non-fans (like Kevin) can appreciate the experience. The Forbidden Journey inside Hogwarts Castle and Gringotts were my favorite rides. Again, because of the detail. Like many other Universal rides, many of them are 3-D with a lot of movement. If you get motion sickness, even if it is only sometimes, I suggest bringing some Dramamine. Both Kevin and I were a little queasy after a couple of the rides (but it didn’t stop us!). Diagon Alley was my favorite part of the day. While Kevin didn’t really understand why I wanted to buy a $50 wand, we both ended up having a lot of fun trying the interactive activities that were available around the park if you had purchased a wand.

Overall, Orlando was a great quick getaway, but I could see how it could easily get VERY expensive, especially for a family. In my opinion, this is a trip that needs to be planned (and budgeted) very well. Food and lodging is more expensive than one might expect, but it could be an experience that is very memorable for you and your family/friends!